Who we are and what we do.

We are an engineer-led specialist company in the design, installation and commissioning of renewable energy systems for homes and businesses.

Daly Renewables partners with the leading innovators and manufacturers of renewable energy in Europe. We combine our knowledge and experience to design bespoke renewable energy systems to meet each client’s specific needs.

If you are thinking of adopting Renewable Energy Technologies for your home or business, whether it is a new build venture or renovation, talk to us and we will help you through the whole process. 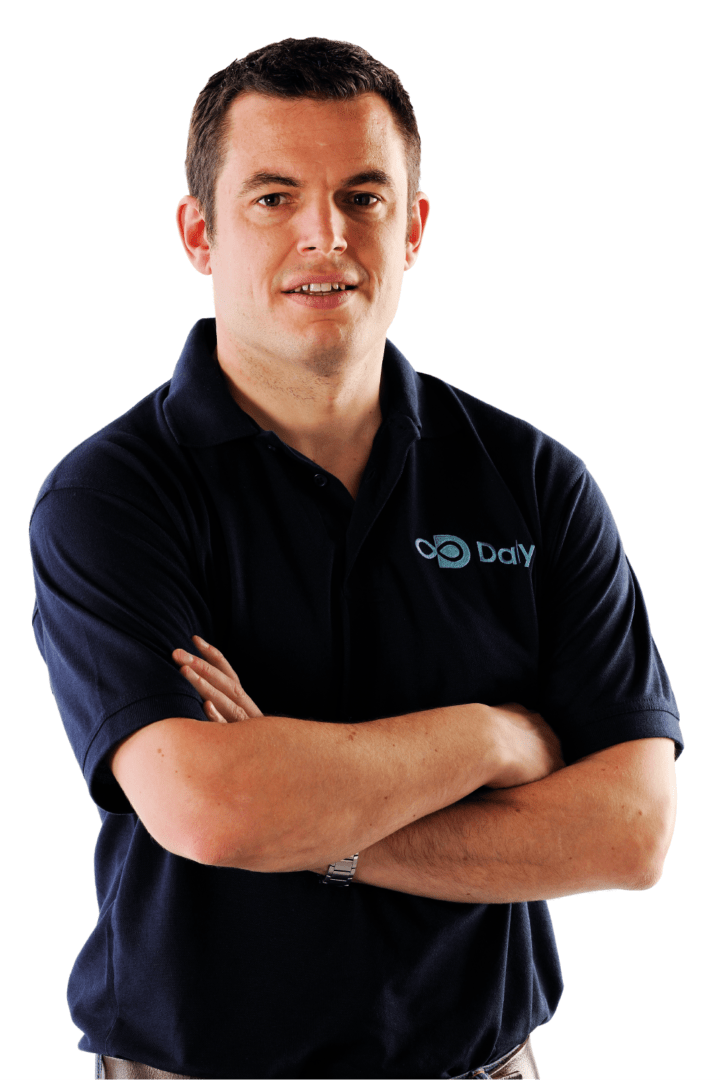 Ryan is an engineer through and through, solution driven and never letting a problem beat him. His early days coincided with the arrival of heat pumps in Ireland, meaning Ryan literally got to know the industry from the ground up, tweaking and re-engineering systems to attain optimum efficiency.

Ryan’s passion for low energy technologies in the built environment stemmed from his Ulster University days where he studied and excelled with a first class honours in his Environmental Engineering degree. Ryan’s first job in the renewable energy field involved commissioning systems in residential homes and he found himself having to re-engineer systems to solve issues. This turned out to be a critical and sound grounding for Ryan in the industry and from there he developed the Daly Renewables approach and process to system design and installation.

It was through his time working with companies such as VMRA Consulting Engineers, Vaughan Engineering and Scoffield Specialist Services, that he identified a gap for an engineer-led integrated approach to renewable energy systems. Ryan forensically looked at how renewable systems had been installed in Ireland in the mid 2000’s and went about designing systems and sourcing sustainable and reliable products so that future clients would have a system which would last the test of time. The insight that led to this approach resulted in Ryan being awarded as the NI Enterprise, Trade and Investment ‘Young Entrepreneur of the Year’ and Daly Renewables as the local council’s (Lisburn & Castlereagh City Council), ‘Best New Business’, both within the company’s first year in 2011.

In the last 10 years the company has consolidated its position as a key player in the market in Northern Ireland and the Republic of Ireland and has expanded operations into Scotland and England.

Renewable energy and sustainable living is a passion of Ryan’s and principles which he integrates into his family life. 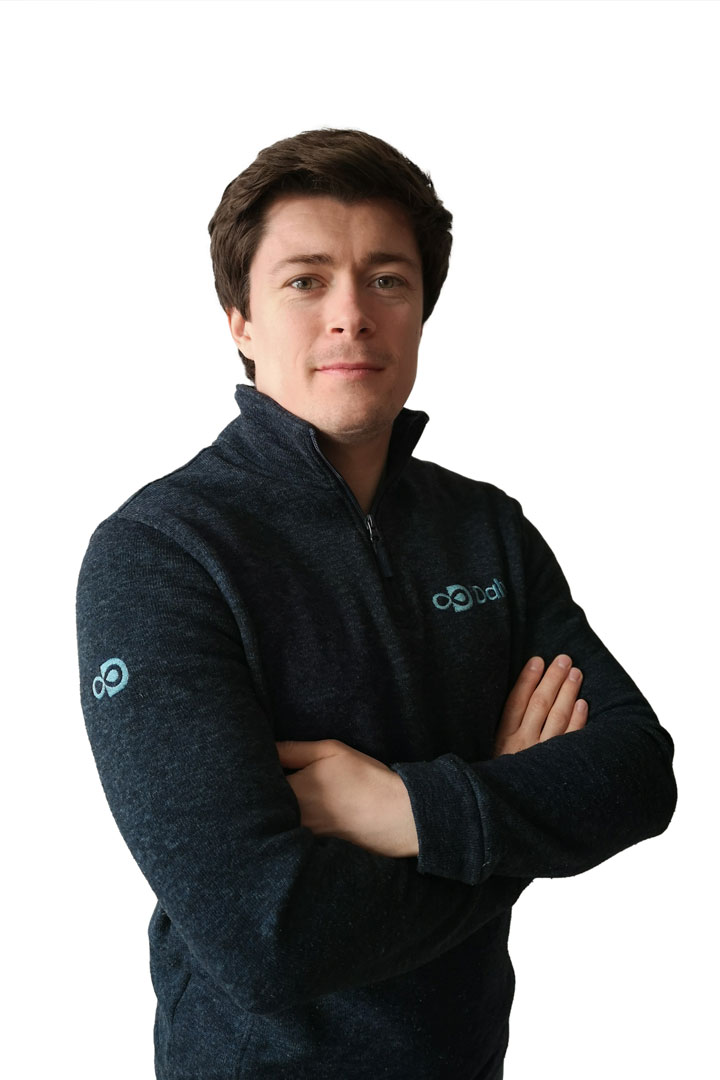 Outside of work Kevin spends much of his time being sporty whether in the gym or outdoors with particular passions for martial arts and travelling to the slopes for a spot of snowboarding. Of course in the current climate of Covid-19 restrictions, Kevin will have to make do with travelling to Daly Renewables sites and doing a spot of on-boarding clients to their new renewale energy systems!

Amy joined Daly Renewables in Spring 2020 just as we were in the first Covid-19 lockdown and working remotely, but that hasn’t stopped her getting to grips with the company and our systems. Amy has brought an energy and natural flair to our social media presence.

Prior to joining the company Amy worked with a high-street fashion retailer as a Department Manager for 2 years. She has brought many valuable transferable skills from customer service, managing a team, (now office). and project management.

Daly Renewables seems to attract sporty and outdoorsy people as Amy spends a lot of time outside of work hiking and horse-riding. She also has that other necessary quality for an office administrator which is drinking a lot of coffee!