Instilling confidence in Renewable Systems in a Rural New Build

The Riccardi’s first 6 months have been the winter months and to date they are on course for no increase in energy bills, despite the fact that their new home is 3 times the size of previous home. For a new home, energy bills would expected to be lower in its 2nd year as the system will have regulated itself.

For this home, we installed the following technologies to complement the Ground Source Heat Pump system (GSHP):

We also conducted various airtightness tests to ensure the integrity of the measures installed.

Working with the Riccardi’s on a rural new build property three times the size of the client’s previous home. Daly Renewables went above and beyond to convince the family and the family builders of the benefits of renewable energy systems. Today their heating bills have been slashed. The Riccardi’s are delighted with their efficient, warm and healthy home in which they can bring up their young family.

We also conducted various airtightness tests to ensure the integrity of the measures installed.

The clients wanted an alternative to oil central heating for their new build in a rural location in Co Armagh, Northern Ireland.

The clients had grown up relying on oil fired heating. Plus, with family members doing the build, meant that the clients needed more than just facts and figures to make the switch.

They needed to have full confidence and trust in the company that they chose and for all stakeholders to be fully on board.

Ryan’s depth of knowledge, expertise and willingness to put tangible targets against what they could expect their annual heating bills and return on investment to be with a bespoke renewable energy system gave them the confidence to make the jump.

We designed an integrated system for the Riccardi’s that consisted of a ground source heat pump, with underfloor heating, mechanical heat recovery system, a hot water cylinder and prerequisite airtightness measures.

The Daly Renewables solution and the renewable system was tailored to the Riccardi family’s needs based on their lifestyle and family routines. The Riccardi’s have reported that they have not touched it since and that it pretty much runs itself.

At Daly Renewables, we have a standard practice of scheduling a follow up visit that will involve making tweaks where necessary after 6 months of living with the system.

We have worked out that the Riccardi’s pay £425.00 per annum for Heating & Hot Water. Needless to say they are extremely happy with this figure.

Tony & Claire Riccardi and their 3 young children moved into their 3000 sq ft new build just 6 months ago and are already reaping the rewards of their decision to install a renewable energy system to heat their new home.

The Riccardi’s meticulously researched and planned each and every aspect of their new build with the heating and associated running costs one of the key considerations.

Given the rural location of their new home, oil was the only conventional heat source available and its rising cost was a major concern and motivator in exploring renewable energy systems.

Coupled with that, Tony had trusted feedback and experience of ground source heat pumps from his brother who lives in Norway – where heat pumps are the ‘conventional’ domestic heat source.

However, the option of oil heating remained in the mix as a back-up plan. There was a lot of convincing on renewables to be done, not least with his wife Claire (who ‘feels the cold’) and his builder Sean – who also happens to be his father-in-law and new next-door-neighbour! Negotiations were delicate to say the least and identifying a competent local renewable systems firm was also critical in the decision process.

Tony researched and spoke to a few companies in the field, but none of them instilled confidence until his online research led him to Daly.

The company’s engineer-led approach, unrivalled knowledge and expertise, together with the company’s MCS accreditation, supplier network and Ryan’s business awards were key factors in the decision to award Daly the contract.

“Ryan’s knowledge, experience and competency was paramount in us ultimately choosing to go with a renewable energy system and awarding the contract to Daly. We had the right set of conditions, in terms of site and soil characteristics to go with a ground source heat pump and underfloor heating”

“We took a holistic approach to our house build, researching all the key elements early in the planning stage, which in effect meant that Ryan stuck with us for the guts of 2½ years, continually convincing and reassuring us about ground source heat pumps and underfloor heating.

With a lot of convincing, we also installed a mechanical heat recovery system, bowing to Ryan’s superior knowledge! Ryan left no stone unturned and even arranged for my father-in-law and builder to go on a course to learn the fundamentals of airtightness.”

Still, the decision to dismiss conventional oil heating and radiators for a ground source heat pump and underfloor heating was a huge risk factor for the Riccardi’s. Horror stories about older installations of underfloor heating meant a lot of convincing was needed to persuade Claire Riccardi to make the jump.

Daly reassured the clients that the correct insulation levels and airtightness measures were critical foundations for achieving a low energy home that was both comfortable and warm.

Claire Riccardi was concerned about a plentiful hot water supply, particularly with a household of 3 growing boys aged 5, 3 and 9 months – and that’s before the washing of football kits starts in the coming years!

“Plentiful hot water is something we take for granted now – we don’t even think about it. There are things that are different with the heating system – the heat is more ambient as opposed to the intense blasts of heat we were used to with our old oil system and conventional heaters. It’s a bit like the hot water now, you just expect to be comfortable. Daly really had to convince us on the mechanical heat recovery system, but I am so glad we did it. I love the fact that we are bringing our boys up in such a healthy environment.” 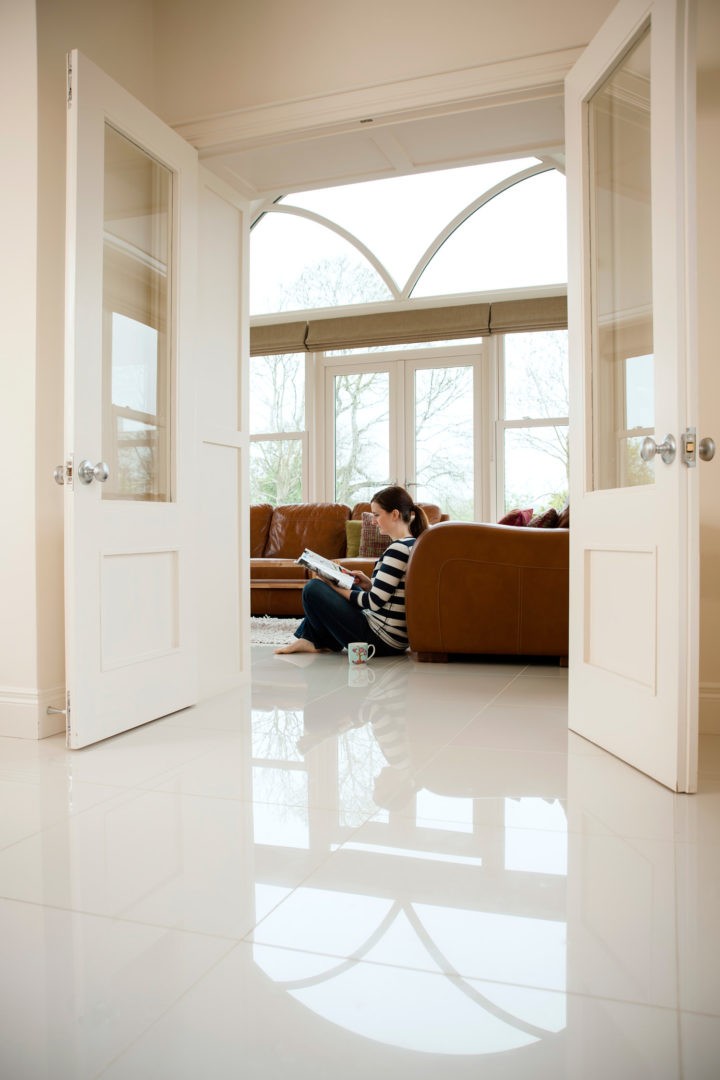 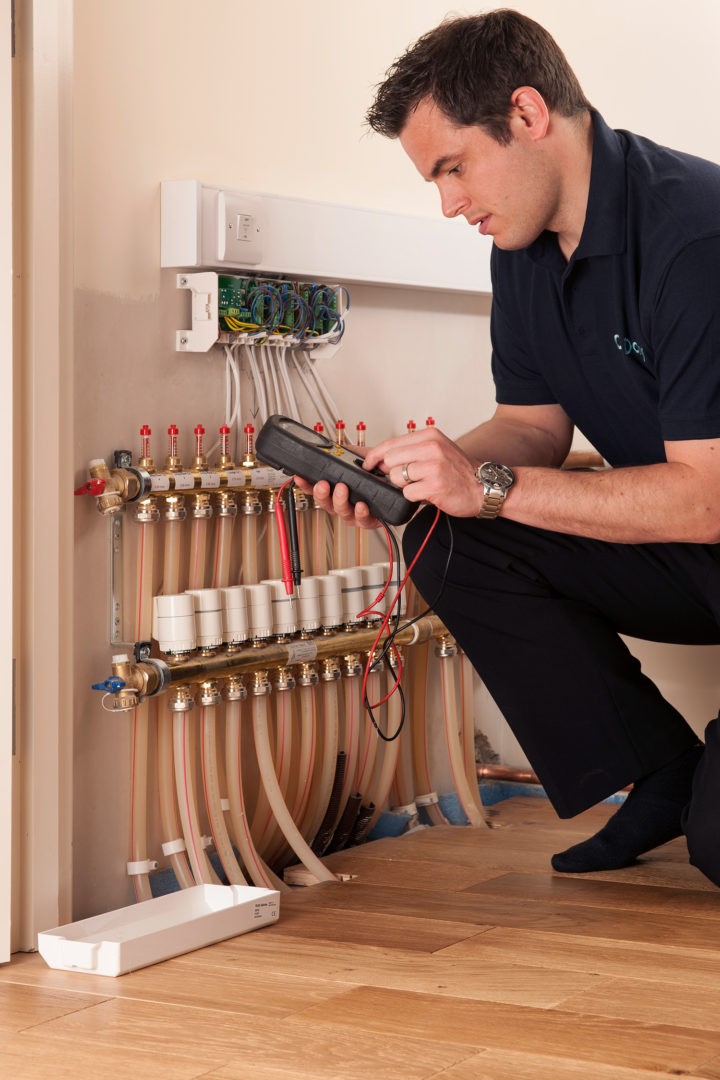 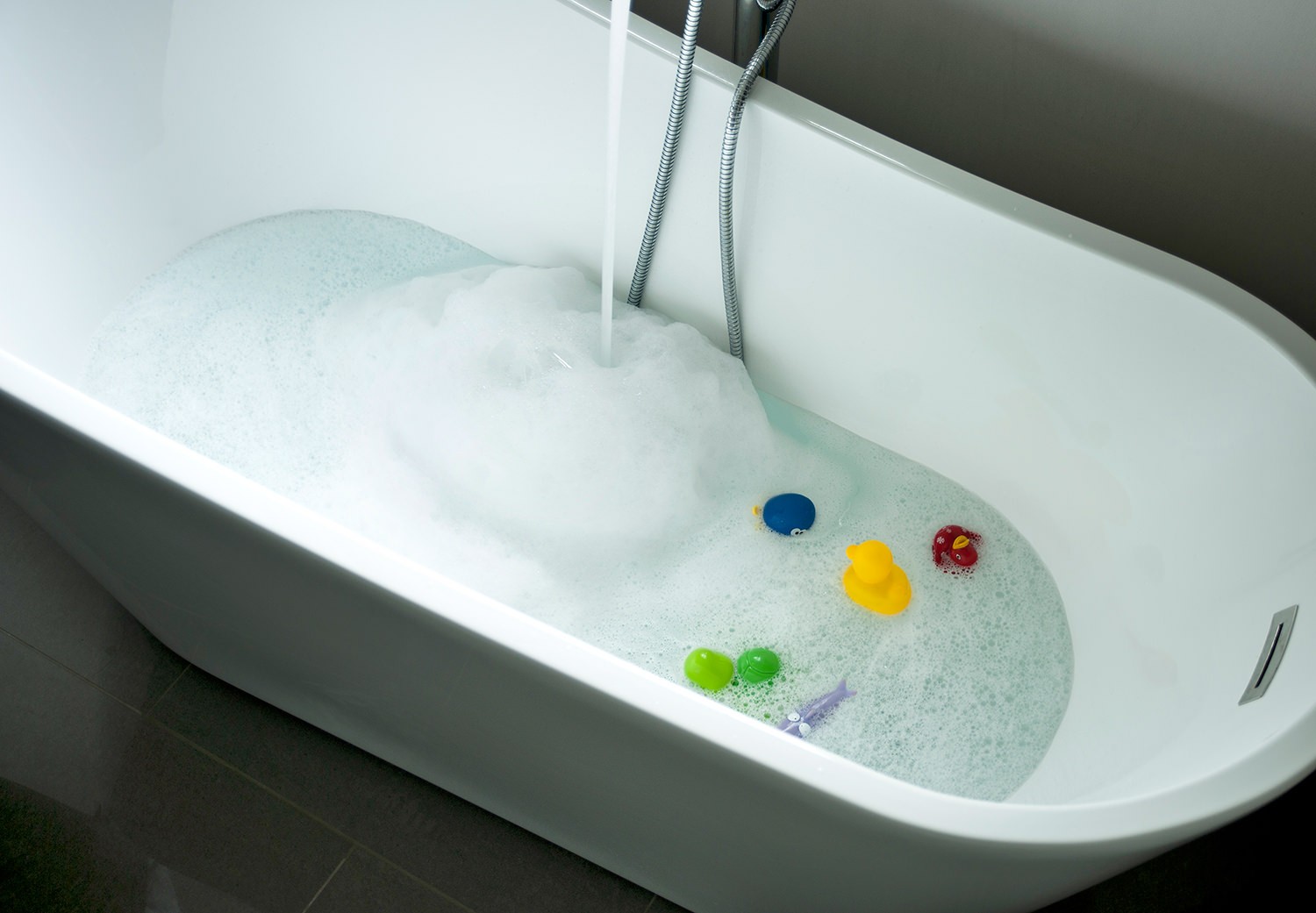